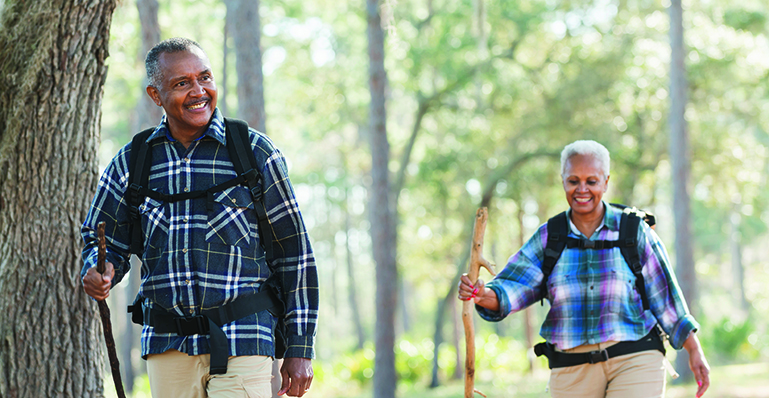 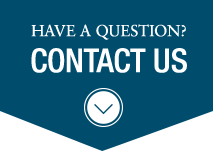 Get a different perspective from the people who know us best. Read our residents’ personal stories.

For the McEwen sisters, a sedentary retirement lifestyle was never an option. Irene was a physical therapist and worked with students with disabilities in the public schools for fifteen years. She finished her career as a professor of Rehabilitation Sciences at the University of Oklahoma Health Sciences Center in Oklahoma City.

Choosing a different initial first path, Marie started out in the Peace Corps and continued her career teaching math and science. Later, she worked for a life insurance company for 27 years in many positions before retiring as a senior analyst in the Finance Department.

The sisters have resided in different states and even different countries. But growing up in Everett, Wash., the Northwest has always left an imprint on each of their lives and influenced where they see themselves in the future.

Irene, Marie, and third sister Judy Richardson have spent most of their adult lives traveling to beautiful and remote destinations and seeing the world. In recent years, their love for adventure has led to two to three overseas trips each year with most memorable trips to Italy and India. They each have a passion for immersing themselves into the different and unique cultures of the places that they visit, spending time with the local people and learning about the culture and history from a guide.

When Emerald Heights first opened in 1992, their parents were part of the first wave of residents living in the new continuing care retirement community. The sisters found comfort in knowing that their mom and dad were happy with the care that they received at Emerald Heights – the friends they made, staff, food and services provided a sense of community that felt like a small town.

Seeing the results and benefits that their parents were able to reap, Irene, Marie and Judy decided that when the time came to retire from their careers, they would carry on the Emerald Heights legacy of  their parents.

True to their word, Irene moved into the community in November of 2014, and Marie a month later in December. Judy joined her sisters the following year. You will find the three of them on their daily walks on our nature trail. It is wonderful to see this family connection continuing to blossom at Emerald Heights.

Tom Stoebe grew up on an orange grove in Southern California, considers one of his greatest passions being on the water, and has looked for adventure as far back as he can remember.

His impressive professional track record began when Tom took on a tremendous task of earning a bachelor, masters, and doctoral degree in engineering from Stanford University. His degrees and his passion for math and science earned him a professorship in engineering at the University of Washington.

Tom spent a remarkable 40 years at the University of Washington. During his time there, he not only taught and developed research in sensors and electronic devices, but also established MESA (Mathematics Engineering Science Achievement) in the state of Washington. Tom first became involved in the MESA program’s city of origin, Berkley, Calif., and was fueled to establish Washington’s first program where he served as the executive director for 12 years. An impressive 90% High School graduation rate for student participants has been realized since the inception of the program.

Retirement was a relative term to Tom and wife Jan, and after making the decision to retire they embraced their love of the water and moved to their boat for three years, traveling British Columbia’s inside passage and mooring in Anacortes, about 90 miles north of Redmond, Wash. Tom and Jan have traveled widely, including finding themselves in the thick of Tiananmen Square protestors in Beijing in 1989, flying out of China just in time to avoid the massacre that occurred soon after. A highlight was in 2002 when they journeyed to Antarctica, befriending the penguins and enjoying the landscape of what is arguably one of the most difficult places to travel in the entire world.

The couple has had no shortage of adventure in their lives, so, six years ago, when Tom and Jan decided to make their next move, they determined that it had to be the best adventure yet. On one of their many yearly trips to Hawaii, a fellow congregate of their church on the Big Island shed light on the benefits that he experienced while living at Emerald Heights, and the two decided that the Redmond, Wash. community would soon be their home.

After moving into Emerald Heights, Tom served on the Buildings and Grounds Committee, held the position of President of the Resident Council for two years, and since January of 2015, has served the residents as a Member of the Eastside Retirement Association Board of Directors. The tight-knit community has offered involvement and activities that Tom and Jan enjoy together, including working on the Emerald Heights Garden Railway, walks on the community trails, working in the  Country Store, as well as working out in the state-of-the art fitness center.

Perhaps most important is the fact that the two are able to continue traveling to their favorite spot in Kona, Hawaii, where they have been singing in the Mokuaikaua church choir for more than 10 years. Tom and Jan know that while they relax in the Aloha state every year, their Emerald Heights home will be safe waiting for them when they return.

The year was 1962 when Maggie Backman took her first trip to Japan and indulged in her love of textiles and silk embroidery.

Soon after, her husband and U.S. Navy Captain Fred was stationed in the Far East country taking Maggie to Japan fulltime. While exploring a Tokyo department store several years later, Backman recognized a rare form of Japanese embroidery that she first discovered from her Japanese language teacher. The first time she laid eyes on the ancient technique was with five beautifully stitched medallions that were appliquéd to an old obi (sash).

“This discovery led me to my embroidery lessons with master teacher Kunimitzu and daughter assistant, Fumiko Ozaki, in Meguro, a suburb of Tokyo.”

For the next two years, Backman commuted from Guam, where she lived with her husband and three boys, to Meguro to receive Rozashi lessons.

Backman’s skills developed into a craft, and when the former music teacher and her retired husband returned to Washington, they started Things Japanese, an importer and distributor of silk thread, silk ribbons and a fast-set silk dye.

The couple developed the company over the next 32 years, teaching others the unique Japanese art form and distributing supplies. The company was even able to take students with them to Japan to tour silk factories and farms.

“Since returning to the United States and teaching Rozashi, I have found a great fascination in our country for this little known type embroidery,” said Backman.

Now 85, Maggie, along with her husband, live at Emerald Heights and enjoy teaching other residents how to dye, and tie scarves and occasionally the basics of Rozashi.

“Teaching classes to other residents keeps me involved in new silk techniques that are developed and helps share my love of the Japanese culture,” said Backman.

There’s a lot to see at Emerald Heights

It’s a sound plan for your future – financially, physically and emotionally. Find out how Life Care gives you more freedom.

Take a look around our interactive galleries and see our beautiful community.

It’s even more beautiful in person

Come see all we have going on

Come see everything we have growing on

We’re building quite a lifestyle

It’s even greener in person

If you need it, care is close at hand

It looks even better in person

Come see it for yourself

Come see how we play

It’s even more beautiful in person

Experience our lifestyle for yourself

Learn about our wellness philosophy

See the benefits of on-site care

Experience the benefits of making the move

See the true meaning of community

See the activities that keep our community active

Craig and Linda chose Emerald Heights for its financial stability

After 10 years of searching, see why Jean and her husband chose Emerald Heights

Learn how family and community can be the same thing